Does smoking hookah get you high you?

The answer to that depends upon various factors. Sometimes smoking hookah might get you high, depending upon the flavor and tobacco you are smoking, also if you smoke on an empty stomach you might get high. Shisha flavors with high nicotine content may give you a super galvanized effect. 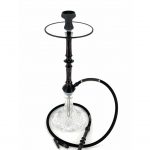 Why is there a sudden spike in Hookah smokers?

Although, hookah smoking has been people’s favorite mostly in the middle eastern countries it has recently gained popularity in western countries as well. Particularly during the recent pandemic, when clubbing, partying, and socializing were restricted most of the younger generation turned towards shisha. Since shisha is easily available online and you can literally carry it anywhere and can have a good time smoking shisha.

Because of its accessibility, and the unique effect it gives to the Hookah smoker, Shisha is becoming the people’s favorite throughout the world.

Imagine after spending a whole day at work, frustrated and infuriated you arrive at home. Sit in the favorite corner of your room taking a big drag of the favorite flavor of yours Shisha. Many Hookah smokers like the fragrance of the shisha and it affects the choice of the flavor they wish to smoke. Many experienced smokers love to show-off their skills and party tricks, such as making vortex rings and making thick clouds of smoke from a Shisha.

Slowly and increasingly hookah is taking over cigarettes and people often enjoy smoking shisha than cigarettes. After the pandemic is over you might notice Shisha Bar and Shisha parlor popping up in your cities because of the ever-increasing demand for Shisha and the love for Shisha smoking.

The Origin of Hookah

The hookah originated in the middle of the 16th century. The word hookah is derived from the word “huqqa”. It is also knowns as narguile, shisha, chillam, gudaguda, hitboo, and by many more words varying region by region and country by country. The Shisha might come in various shapes, sizes, and colors but the common instruments and accessories remain the same throughout. It generally consists of a pipe, a bowl, a stem, and a hose.

Confuse to buy which hookah?